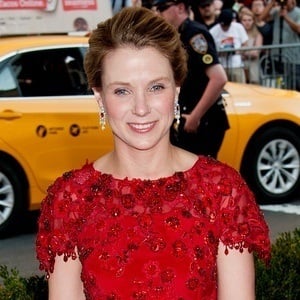 In 2012, she was named CEO of Yahoo, and in her first year with the company, she helped the stock price to increase by over 70 percent. In 2017, she announced that she was stepping down from the position after Yahoo was sold to Verizon.

She was employee number 20 at Google, and she stayed with the company for 13 years.

As Yahoo CEO, she stopped allowing employees to work from home, which became a highly controversial and publicized decision.

She credited Jerry Yang for some of Yahoo!'s success due to his investment into Chinese search engine Alibaba.

Marissa Mayer Is A Member Of