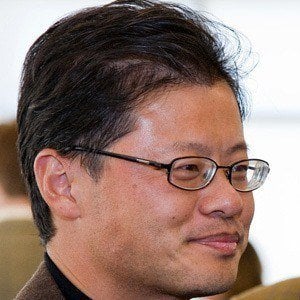 Co-founder and one-time CEO of the Yahoo! search engine. His net worth, as of early 2012, was over 1.2 billion dollars.

He attended Stanford University, where he studied electrical engineering.

In 2008, he rejected CEO job offers from Microsoft and Google.

He married a Japanese woman, Akiko Yamazaki, who was raised in Costa Rica.

He opposed his company's takeover by Microsoft and Bill Gates, a widely derided decision that led to him resigning as Yahoo's CEO in 2009.

Jerry Yang Is A Member Of