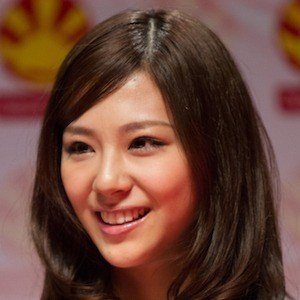 Actress, singer and model who has starred in leading roles on shows like Switch Girl!!, Hotel Concierge and Yamada-kun and the Seven Witches. She released her first single, "Love Evolution," in August 2014.

She made her acting debut on the series Seigi no Mikata in 2008.

She is the younger sister of model, singer and actress Hiro Nishiuchi.

She appeared with Yumi Asou in the romance film World of Delight (2015).

Mariya Nishiuchi Is A Member Of