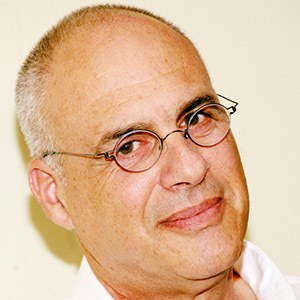 American journalist who is best known for his work as a columnist for The New York Times. He specializes in food writing and is also known for being a member of the Union of Concerned Scientists. He is also known for having published over 16 different cookbooks including How to Cook Everything Fast and Vegan Before 6pm.

He graduated from Clark University before starting his career as a food journalist. He started gaining attention in 2009 when he published the book Food Matters which covered a variety of food-related topics. He expanded in 2010 to create the Food Matters Cookbook.

He is known for having won the James Beard Award in 2005 for hosting the Public Television series Bittman Takes on America's Chefs. He is also known for being a licensed pilot and running marathons.

He was born and raised in New York City and has two children.

He starred alongside Gwyneth Paltrow and Mario Batali in a PBS series called Spain... on the Road Again in 2008.

Mark Bittman Is A Member Of