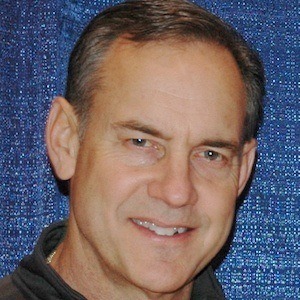 Took over as head coach of the Michigan State University football team in 2007. He led the Spartans to a Rose Bowl title in 2014.

He coached the University of Cincinnati for three seasons, and before that spent five years as the DB coach with the Spartans.

He overcame a minor heart attack in 2010, after his Michigan State Spartans won a game over Notre Dame on a spectacular fake field goal play.

He grew up in Zanesville, Ohio.

Prior to becoming a head coach with the Spartans, he spent 1995-2000 coaching defensive backs for the team, under head coach Nick Saban.

Mark Dantonio Is A Member Of