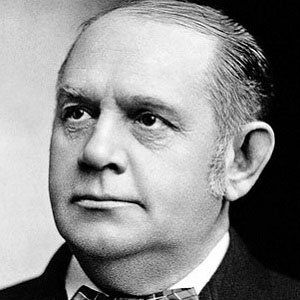 During the late 1890s and early 1900s, this Republican Party politician served as a United States Senator from Ohio and chaired the Republican National Committee. He is also remembered as a close friend of and political advisor to President William McKinley.

After being expelled from Western Reserve College for a prank he carried out, he pursued a career in business and briefly served in the Union Army during the American Civil War.

In the 1880s, he bought and headed The Cleveland Herald.

His marriage to Charlotte Augusta Rhodes resulted in children named Daniel, Mabel, and Ruth. His daughter Ruth Hanna McCormick Simms served during the late 1920s and early 1930s as a United States Representative from Illinois.

Before managing the political career of William McKinley, he campaigned for presidential hopeful John Sherman.

Mark Hanna Is A Member Of