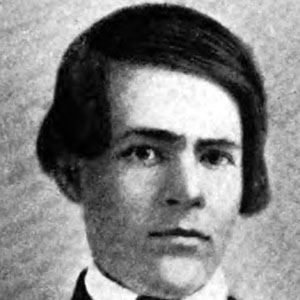 He and his brother had their own practice in Ohio.

He wrote the Sherman Antitrust Act, the first legislation acting against monopolies in the U.S.

He married Cecilia Margaret Stewart, the daughter of an Ohio judge, in 1848.

He was elevated to the post of Secretary of State under President William McKinley.

John Sherman Is A Member Of