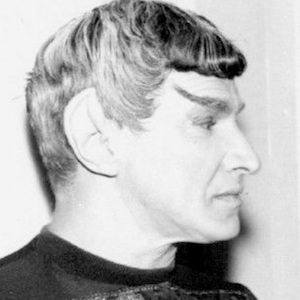 Television actor known for his appearances in the original Star Trek series and in several Star Trek films. He also had guest spots on episodes of Hawaii Five-O, Little House on the Prairie, and The Bob Newhart Show.

After studying drama at the University of Michigan, he appeared on stage with John Gielgud in a New York production of Shakespeare's Much Ado About Nothing.

He appeared in the 1968 Clint Eastwood feature Hang 'Em High.

He was born in Chicago, Illinois to Russian-Jewish parents, and he grew up primarily in South Haven, Michigan. His marriage to Ann Amouri produced two children.

In the Star Trek series and films, he played the father of Leonard Nimoy's character.

Mark Lenard Is A Member Of