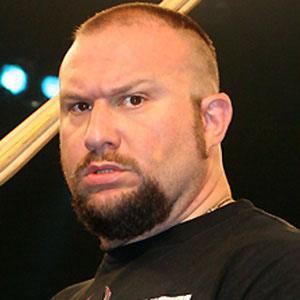 Professional wrestler known as Bubba Ray Dudley who became famous for being a member of the tag-team duo The Dudley Boyz. They were inducted into the TNA Hall of Fame in 2014.

He made his independent wrestling debut in 1991 and joined the ECW in 1995.

He was a Tag Team Champion in seven different promotions. Individually, he was 10-time Hardcore Champion in the WWE and two-time TNA World Heavyweight Champion.

He was in a longtime relationship with Fawnfeather Carr before they eventually split up in 2013. He has a sister named Gina. He then dated Jamie Szantyr in 2016. He later began dating wrestler Velvet Sky.

He and D-Von Dudley first formed The Dudley Boyz in 1996.

Mark LoMonaco Is A Member Of