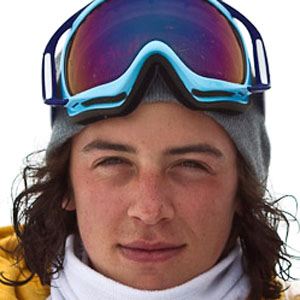 X-Games snowboarding champion who won back to back gold medals in the slopestyle event in 2012 and 2013. He won a bronze medal at the 2018 Winter Olympics, despite being in a medically induced coma after a snowboarding accident 11 months earlier.

He began competing professionally in 2009, and took first place at the FIS World Cup in Canada in 2010.

He grew up in Regina, Saskatchewan. His older brother, Craig McMorris, is also a professional snowboarder. He has dated surfer Coco Ho.

He was a prominent snowboarder much like Tara Dakides.

Mark McMorris Is A Member Of