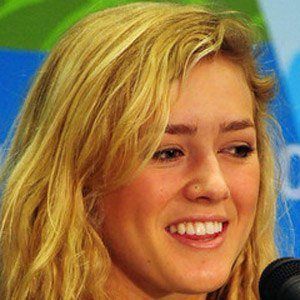 Professional snowboarder best known for winning the U.S. Grand Prix in 2013. She was selected to represent the United States at the 2014 Winter Olympics. Throughout her career, she made four total appearances in the Olympics (2010, 2014, 2018, 2022).

She became a member of the Snowbird Snowboard Team at age ten. She first started boarding at the age of nine.

She was invited to Washington D.C. to attend the U.S. Olympic Committee's Best of U.S. Awards Show. While there, she met President Barack Obama. She also studied accounting at Westminster College. Outside of snowboarding, she is a runner and rock climber.

She has siblings named Nate, Erin, and Zachary.

She and Kelly Clark are both well-known snowboarders.

Faye Gulini Is A Member Of