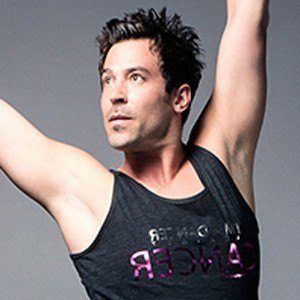 He started training at the Orange County High School of the Arts.

He's choreographed routines for TV shows such as Dancing With The Star,s Scrubs and The George Lopez show.

He was born in Lakewood, California, but raised in Cerritos one of three siblings. He has a daughter named Ryan.

Mark Meismer Is A Member Of