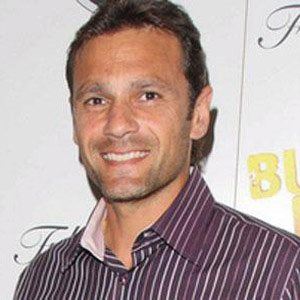 His first local club was Bessborough Cricket Club in Headstone Lane, and he played his first Middlesex match at age 17.

He retired 16th on the all-time list of first-class century-makers in 2002.

His father was an Indian from Guyana and his mother was English.

He and Graham Gooch were both named PCA Player of the Year in their careers.

Mark Ramprakash Is A Member Of