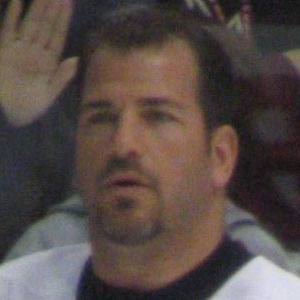 NHL right winger who became known for his deadly wrist shot. He won Stanley Cup Championships with three different teams: the Pittsburgh Penguins, the Carolina Hurricanes and the Boston Bruins.

He was drafted by the Pittsburgh Penguins where he spent six seasons and won the 1991 Stanley Cup.

He has two children with Kim Lazur, whom he married in 2016. He has four children from a previous marriage.

He and Joe Nieuwendyk are two of only a handful of players who won the Stanley Cup with three or more different teams.

Mark Recchi Is A Member Of