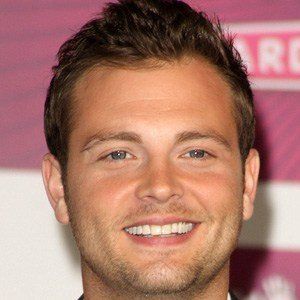 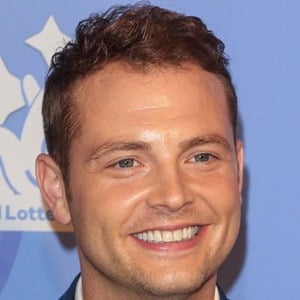 Singer best known for placing second on the TV singing competition Pop Idol. He has also hosted Top of the Pops Reloaded and the TMI radio show.

He was born in Darlaston, Metropolitan Borough of Walsall in England.

He released a cover of The Beatles' "With A Little Help From My Friends" with fellow Pop Idol contestant Sam Nixon, which charted at #1 on the U.K. singles list.

He married Harriet Wilson in June 2012. They have a daughter named Scarlett and welcomed their second child in 2016.

He was the runner-up to Michelle McManus on Pop Idol.

Mark Rhodes Is A Member Of