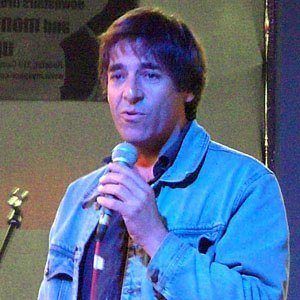 British stand-up comedian and socialist politician who has been featured on radio and television shows as well as showcasing his writing-talent in printed media. He is best known for presenting The Mark Steel Lectures, which premiered on BBC Radio 4 in 1999.

He worked in an auto body garage before becoming a full-time comedian.

He was a part of the Socialist Working Party until 2007 and in 2000 he took part in the London Assembly elections on behalf of the London Socialist Alliance.

He had a daughter and a son from a relationship that ended in 2006.

He was on many BBC Radio shows like Kate Silverton.

Mark Steel Is A Member Of