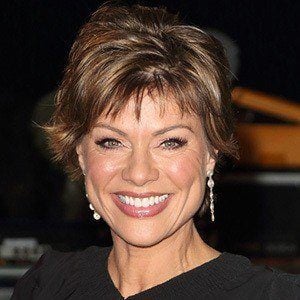 BBC News presenter and journalist known for her guest hosting work on such programs as BBC Weekend News and BBC News at One, Six, and Ten. From 2005-2007, she was the main presenter of BBC News 24.

During her high school years, she was a champion swimmer. She later graduated from Durham University with a degree in psychology.

She appeared in a BBC documentary entitled 10 Things You Need to Know About Sleep.

She and her husband Mike Heron welcomed their first child, a daughter named Clemency, in 2011.

She and actress Maggie Smith were both born in Essex, England.

Kate Silverton Is A Member Of