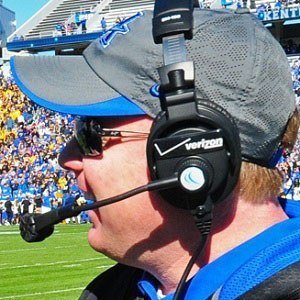 He attended Cardinal Mooney High School in Youngstown, Ohio before playing college football for the Iowa Hawkeyes from 1986 to 1988.

He was the defensive backs coach for the Miami Hurricanes team which won the BCS National Championship in 2001.

His older brothers , Mike Stoops and Ron Stoops have all coached college football. He married Chantel Stoops in 2002.

He replaced future NFL head coach Chuck Pagano as the defensive backs coach at the University of Miami.

Mark Stoops Is A Member Of