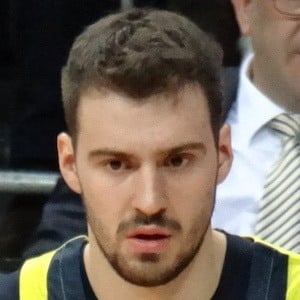 Serbian professional shooting guard who left KK FMP Beograd to join Fenerbahçe of the Turkish Basketball Super League in 2017. His team won the Serbian Cup in 2017 and he was declared the MVP of the tournament.

He signed his first professional contract with KK Crvena zvezda in 2013.

He shared a photo of Kobe Bryant on his Instagram page in August 2018.

Marko Guduric Is A Member Of