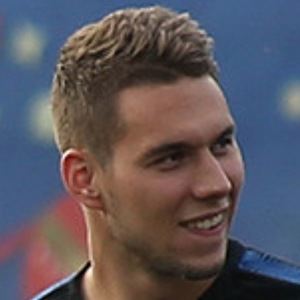 Croatian international winger who played for his country at the 2016 European Championship. He's played professionally for Lokomotiva Zagreb and Dinamo Zagreb. He then signed a five-year contract with Juventus in 2016. In 2018, he joined German club Schalke on loan.

He started his youth career in 2004 with Dinamo Zagreb before eventually joining Lokomotiva, with whom he made his professional debut in 2012.

He won a Croatian League title and Croatian Cup with Dinamo Zagreb in 2014-2015.

He was born to Višnja and Željko Pjaca and has two siblings.

He and Luka Modric have played together on Croatia's national team.

Marko Pjaca Is A Member Of