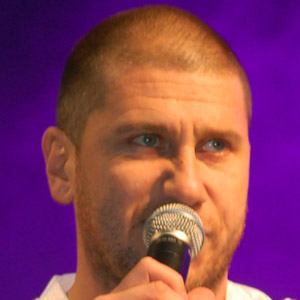 He served as a sniper in the Finnish military.

His stage name is a combination of his birth name, Marko, and the popular 90's rapper Coolio.

He and his family moved to Sweden from his native Finland when he was six months old.

He and Swedish singer Erik Segerstedt both participated in the eighth season of the dance competition "Let's Dance".

Markoolio Is A Member Of