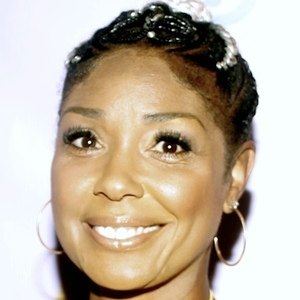 One half of the Universal Broadcast Network radio series The Marla and Dave Show. She is also recognized for her appearances on Love & Hip Hop: Hollywood as Moniece Slaughter's mother.

She and her husband were married in 1990 while he was a member of the Grammy-winning a cappella gospel group Take 6.

Her blog, MarlaTalks, has become an outlet for her thoughts and events surrounding her daily life.

She and her husband Dave Thomas share The Marla and Dave Show. She has three children and a grandson named Kameron.

She faced off against rapper and the father of her grandchild Lil Fizz on Love & Hip Hop: Hollywood.

Marla Thomas Is A Member Of