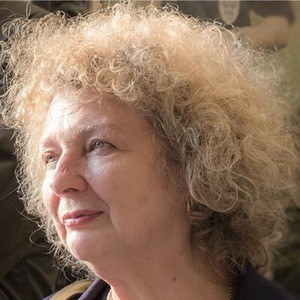 Known for her ink drawings and oil paintings, this South African-born artist created psychologically and sociologically-themed works such as The Blindfolded Man; Dead Marilyn; The Pilgrim; and Pregnant Image.

In the 1970s, she attended the School of Fine Art at the University of Cape Town.

A native of Cape Town, South Africa, she grew up speaking the Afrikaans language. Later in her life, she settled in Amsterdam, the Netherlands.

Marlene Dumas Is A Member Of