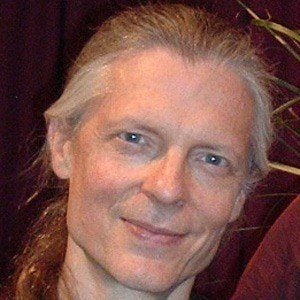 Psychedelic and spiritual artist whose work encompassed the genres of painting, sculpture, and performance. He was a follower of Vajrayana and was generally linked with the New Age movement.

He attended the Columbus College of Art and Design from which he dropped out. He painted billboards for a year. He later worked at Harvard Medical School as a preparer of cadavers for dissection in the Anatomy department.

He was born into a middle-class family, the son of a graphic designer who was his first inspiration. He married fellow artist Allyson Grey, with whom he fathered a daughter, actress Zena Grey.

His work was used by Kurt Cobain 's band, Nirvana, for the liner notes to their album, "In Utero," from 1993.

Alex Grey Is A Member Of