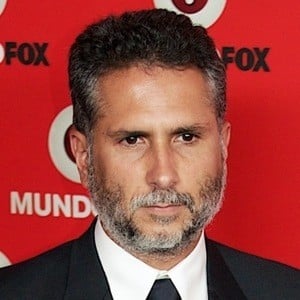 Colombian actor who's best known for his work as John in the 2016 film Another Forever and as Victor Leal in the 1997 film La mujer del presidente. He also appeared in Dog Eat Dog and A Ton of Luck.

He used to be part of the theatre group at his high school. He made his acting debut as Paco in the telenovela Gente fresca in 1995.

He won the 2007 Colombian Cinema Award for Best Actor for his performance in Soñar no cuesta nada.

He grew up with three siblings, Salomón, Ricardo, and Lizeth. He was married to Sandra Alzate from 1994-2011. He married Laura Pujol in 2014. He's the father of four children, Brian, Samuel, Gabriela, and Luna.

He played El Paco in the TV series One Against All starring Julio Andrade.

Marlon Moreno Is A Member Of