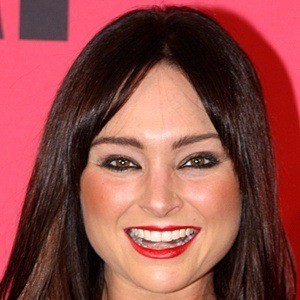 Instagram star who became known for her relationship with Home and Away soap actor Dan Ewing. She is best known for regularly sharing her adventures with her son, Archer, to her 40,000 followers and counting.

Her relationship with Ewing gained media attention after he was charged with assaulting her at their home in Fairlight, Sydney.

She and ex-partner Dan Ewing divorced in December 2015 after three years of marriage. They had a son named Archer Grason in September 2014.

She appeared on a comedy show called Early Retirement with Home and Away star Lisa Gormley.

Marni Little Is A Member Of