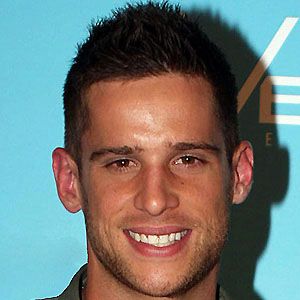 Soap opera actor who played the role of Heath Braxton on the Australian series Home and Away.

He attended Marist College North Shore, where he performed in several school musicals.

He first played Ruben Humphries, a minor character on Home and Away, and then returned to take a leading role.

He is from Australia, and married Marni Little in 2012. The couple has a son named Archer, born in 2014. The couple separated in 2016. Since August 2016, Ewing has been in a relationship with actress Kat Risteska.

He was cast as the Black Ranger in the TV show Power Rangers: RPM, which also starred Milo Cawthorne.

Dan Ewing Is A Member Of