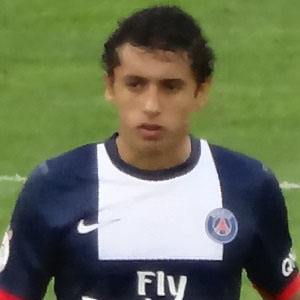 Brazilian defender who has earned league titles with Corinthians, Roma and Paris Saint-Germain. in 2014, he led Brazil's Under-20 squad to victory at the Toulon Tournament.

He was named as one of the 10 most promising young European players by The Observer in 2014.

He was teammates with Thiago Silva on the Brazilian squad at the 2015 Copa America.

Marquinhos Is A Member Of