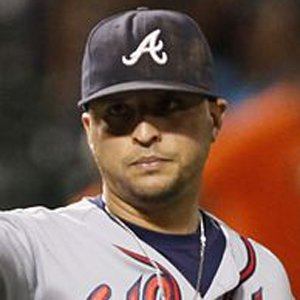 Third baseman who was selected to his first All-Star Game as a member of the Atlanta Braves in 2010. He has also played for the Miami Marlins.

He was signed by the Atlanta Braves in 2001 as an undrafted free agent. He later made his major league debut with the club in April 2006.

In 2014, he was traded mid-season from the Arizona Diamondbacks to the New York Yankees. He started the 2010 All-Star Game in place of Chase Utley.

He and his three siblings were raised by their single mother Irma. He taught himself to learn English after being signed to an MLB contract by watching films with subtitles.

He was traded from the Braves to the Diamonbacks in 2012 for Justin Upton.

Martín Prado Is A Member Of