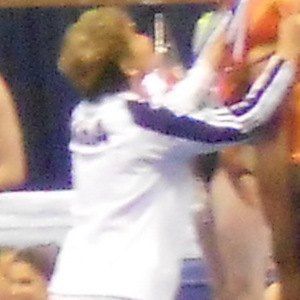 Gymnastics coach who trained many U.S. Olympic champions with her husband.

She and her husband escaped from Romania in the early 1980s and became U.S. citizens.

The news about her Olympic successes spread quickly, which helped her Houstan-based gym gain popularity.

She married Bela Karolyi, who coached alongside her.

One of her first students was Nadia Comaneci, the first Olympic gymnast to score a perfect 10.

Marta Karolyi Is A Member Of