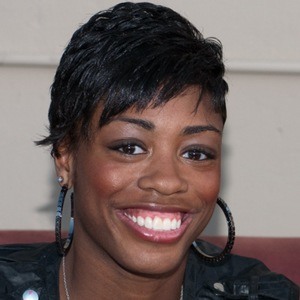 Actress and dancer who is famous for her roles in film, including the Oscar winner for best picture in 2017 La La Land as an epilogue dancer. She subsequently appeared as the woman in golf in The Greatest Showman in 2017.

She began dancing at age 3. She finished in the top ten during So You Think You Can Dance?'s 2006 season 2, which jumpstarted her career.

She has danced at The Academy Awards and the MTV Video Music Awards. She worked as an assistant choreographer during Madonna's Rebel Heart Tour.

She moved with her single mother to Raleigh, North Carolina at age 7.

She danced alongside Demi Lovato during her Unbroken promotional tour.

Martha Nichols Is A Member Of