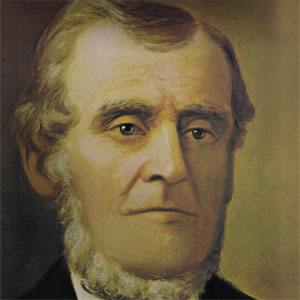 American religious leader who was an early convent to the Latter Day Saint movement and guaranteed the first printing of the Book of Mormon. He also served as one of the Three Witnesses who said they had seen the golden plates from which Joseph Smith said the Book of Mormon had been translated.

He was ordained a member of Kirtland High Council in February 1834.

He was born the second of eight children to Nathan Harris and Rhoda Lapham.

He was part of the Latter Day Saint movement founded by Joseph Smith.

Martin Harris Is A Member Of