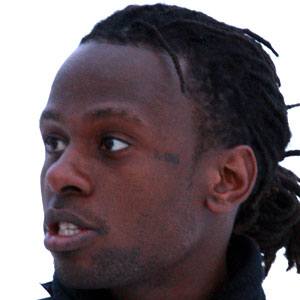 Ugandan soccer player who has played as a winger for clubs like AIK as well as the Swedish and Ugandan national teams. He won the Allsvenskan and Svenska Cupen title with AIK in 2009.

He was born in Solna, Sweden and played for Vasalunds IF as a child in 1990.

He is a rapper who has released music under the alias M9.

He is cousin is former soccer player Moses Nsubuga.

He and Nikola Zigic have both played for AIK in the Allsvenskan league.

Martin Kayongo-Mutumba Is A Member Of