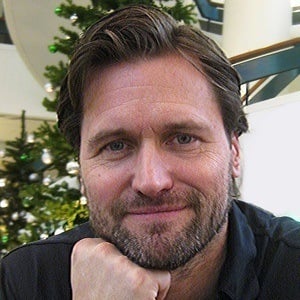 Most well known as the winner of the inaugural season of Sweden's Expedition Robinson, a reality survival competition. He would later appear in Breaking News med Filip och Fredrik and Gomorron.

Long before delving into a career in reality television, he dreamt of becoming a crime reporter. Ultimately, however, he instead began work as a police officer.

His father, Jan Melin, is a renowned historian. He was previously married to author Camilla Läckberg and the pair had a son named Charlie.

In 2003, he worked as a police technical advisor on At Point Blank, a film starring Sofia Helin.

Martin Melin Is A Member Of