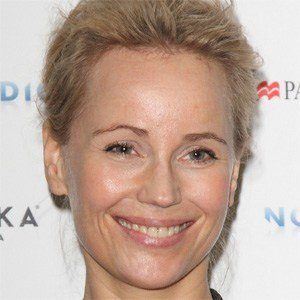 Swedish actress who has appeared in various films including Nina Frisk in 2007 and Metropia in 2009. She also played the known role of Saga Noren in the television series The Bridge.

She graduated with a degree in philosophy from Lund University.

She was in a cycling accident when she was 24 years old which caused a facial scar.

She married and has a son, Ossian and a daughter, Nike.

Sofia Helin Is A Member Of