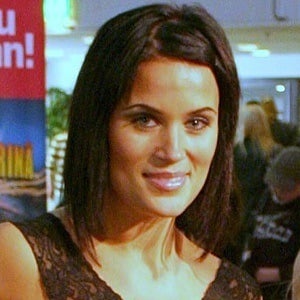 Finnish reality star, model and singer who starred on the reality shows Martina & Esko: Baby Fever and Martina & Esko: Strike to Colombia alongside her then-husband, exotic dancer Esko Eerikäinen. She has also been a contestant on The Stars of the Jungle and Big Brother Finland.

She got her start as a beauty queen, competing in the 2000 and 2001 Miss Finland pageants.

She released an album with Marika Fingerroos titled Salarakkaat in 2005.

She divorced Esko Eerikäinen in 2011. She has children named Isabella and Victoria.

She was housemates with Sauli Koskinen on Big Brother Finland.

Martina Aitolehti Is A Member Of