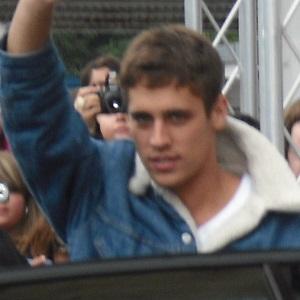 Screen actor best known for his role as Marcos Novoa Pazos in a Spanish drama series called El Internado Laguna Negra (The Black Lagoon Boarding School). For his role in the 2008 film The Blind Sunflowers, he earned a Goya Award nomination.

As a child, he appeared in a Galician-language television series called Mareas Vivas.

After attending secondary school in London, England, he enrolled at the University of Santiago de Compostela.

He was born in Galicia, Spain to María Isabel López Mariño and journalist Manuel Rivas. He has had relationships with actresses Sara Casasnovas and Irene Escolar.

He shared the screen with Blanca Suarez in both El Internado and in a 2009 film titled Universos.

Martino Rivas Is A Member Of