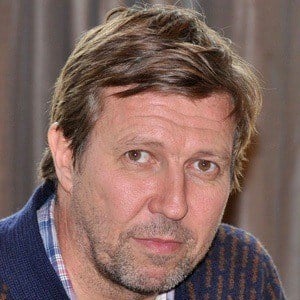 Television veteran who has had recurring roles on a great number of popular Finnish shows, including Look of a Killer, Nyhjää Tyhjästä, and Team Ahma. He has also appeared in big screen fare like Children of the Paradise (1994), Hush (2012), and A Patriotic Man (2013).

He landed his first acting role in the 1984 short film Vilja Tuleentuu.

His performance on Look of a Killer earned him Best Actor honors at the Jussi Awards the Kultainen Venla.

He married director Virpi Suutari, with whom he has children.

He co-starred with Samuli Edelmann on Look of a Killer.

Martti Suosalo Is A Member Of