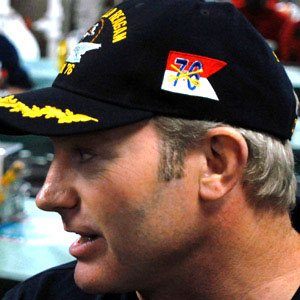 Former NHL player who won two Stanley Cups during the Wayne Gretzky era of the Edmonton Oilers. He is an occasional actor who has appeared in films like Bad Boys and Con Air.

He was born in Hamilton, Ontario and made his NHL debut with the Pittsburgh Penguins in 1983.

His NHL ended abruptly after he hit Donald Brashear in the head with a stick near the end of a game in 2000. Brashear was concussed and McSorley was convicted in court for assault with a deadly weapon.

He married and had children with beach volleyball player Leanne Schuster.

He won two Stanley Cups alongside The Great One, Wayne Gretzky, in Edmonton.

Marty McSorley Is A Member Of