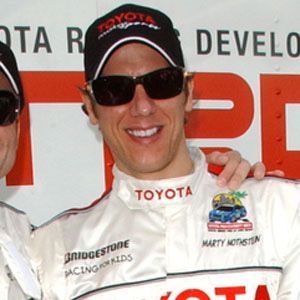 Road bicycle racer and track cyclist who won a gold medal in the sprint at the 2000 Olympics and silver in the same event at the 1996 Olympics.

He graduated from Emmaus High School in Pennsylvania in 1989.

He was nicknamed "The Blade" for winning races by a razor-thin margin.

Sprinter Maurice Greene also competed for the Americans in the 2000 Olympics, winning gold medals in the 100 meters and the 4x100-meter relay.

Marty Nothstein Is A Member Of