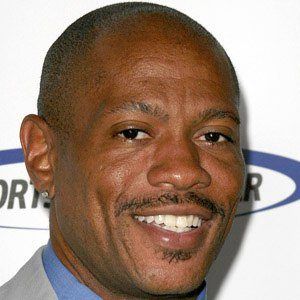 He won his first World Championship gold medal in 1997 in Athens, and won three more in 1999 in Seville.

For a stretch of his career he dated fellow sprinter - and TV personality - Claudia Jordan.

His world-record 100M time was broken three years later by Tim Montgomery, who beat it by 0.01 seconds.

Maurice Greene Is A Member Of