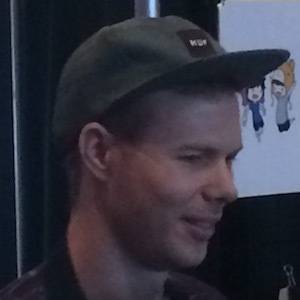 He and Phil attended Bacup and Rawtenstall Grammar School.

He was featured in Shook Magazine in May of 2010.

He became the manager of his brother's online shop. He has been dating singer Cornelia Dahlgren. In December 2020, they welcomed their first child together, a daughter named Freja.

Martyn Lester Is A Member Of