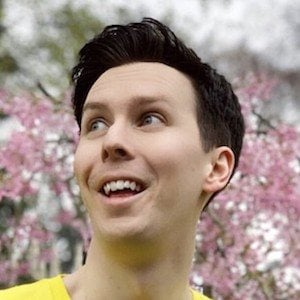 YouTube sensation and vlogger with over 3.9 million subscribers on his channel AmazingPhil. He also co-hosted a BBC Radio 1 entertainment show with Dan Howell. He and Howell released the book The Amazing Book Is Not On Fire in October 2015.

He posted his first YouTube video when he was 19.

One of his most popular series started through the entertainment website My Damn Channel, which was focused on investigating paranormal events.

He was born in Rossendale, England. He has a brother named Martyn. In June 2019, he released a "coming out" video on his YouTube channel in which he revealed his experiences of growing up gay.

He began hosting the Dan and Phil radio show alongside Dan Howell in early 2013.

Phil Lester Is A Member Of