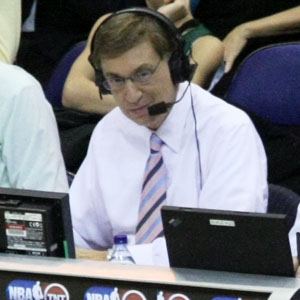 Sportscaster most known for his work in basketball, covered a number of Super Bowls, NBA Finals games and Stanley Cup Finals matches.

He graduated from New York University in 1965.

He became known as the "Voice of Basketball."

He married Benita Oberlander in 1965, and after their divorce in 1992, he remarried Heather Faulkiner on September 9, 1998.

He and Al Michaels both became fixtures on Monday Night Football broadcasts.

Marv Albert Is A Member Of