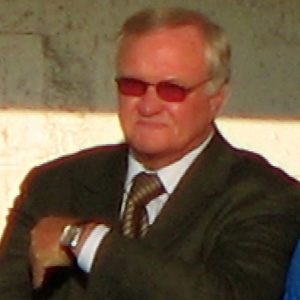 Soccer player turned team manager who became a football pundit with his own trademark phrases.

As a player he captained Headington United through three divisions from the Southern League to the Second Division.

His coined phrases like 'early doors,' that became known as Ronisms, or Ronglish.

Ron Atkinson Is A Member Of