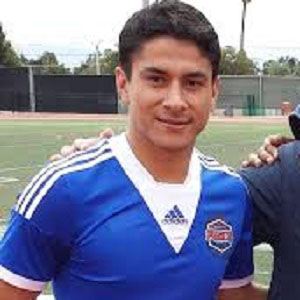 Salvadorian midfielder who began his MLS career with Chivas USA in 2012.

He joined the New York Cosmos Academy in 2010 and played for the Under-23 team.

He made his MLS debut against the Columbus Crew at the start of the 2013 MLS season.

He was raised with four brothers and the oldest, Juan, also played soccer professionally.

He and Oswaldo Minda both joined Chivas USA in 2012.

Marvin Iraheta Is A Member Of