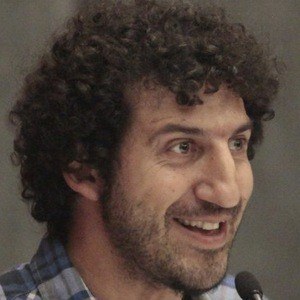 Poet and acclaimed singer-songwriter, he won the Guille Award for Best Singer in 2011 and composed the song “Palabra por palabra” for the television show of the same name.

At fifteen years old, he bought a guitar and began playing music with his friends.

He is of Palestinian and Spanish descent. His brother, Samir Abu-Tahoun Recio, is the author of Cosas que he roto.

He has performed alongside numerous fellow poets and musicians, like Spanish rapper Nach.

Marwan Is A Member Of