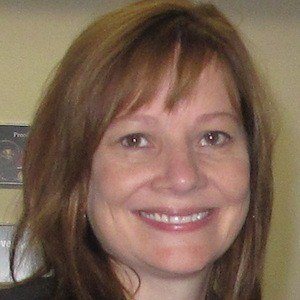 American businesswoman who was named the CEO of General Motors in 2014. That year, she was featured on the cover of Time magazine's 100 Most Influential People in the World issue.

She studied electrical engineering at Kettering University. She was a co-op student at General Motors in the early 1980's.

She is the first woman ever to become the CEO of a major automaker.

She married Tony Barra and has two children.

She and Alan Mulally have both been CEO's of popular car companies.

Mary Barra Is A Member Of