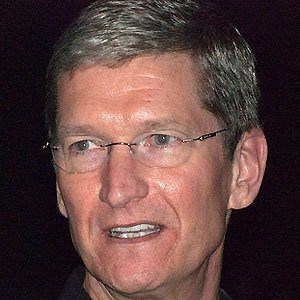 Business executive who took over as CEO of Apple, Inc in August of 2011, having previously been the company's COO. He came out as gay in 2014, the first Fortune 500 Chief Executive to do so.

He graduated with an MBA from Duke University, rising through to an executive position at IBM before joining Apple in 1998.

He was the highest-paid CEO in the world in 2012, with a compensation package totaling $378 million. He was the Financial Times Person of the Year in 2014.

He was born in Robertsdale, Alabama to Geraldine and Donald Cook. He was inducted into the Alabama Academy of Honor in 2014.

He took over as Apple's CEO following the resignation of Steve Jobs, who died six weeks later.

Tim Cook Is A Member Of