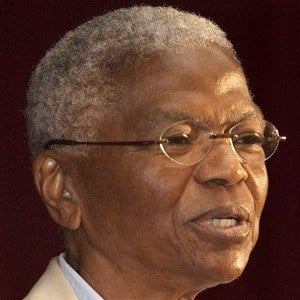 American writer, academic, and former president of the Organization of American Historians. An expert on social history and law, she also served as Chairwoman of the United States Commission on Civil Rights.

She began her college career at Nashville's Fisk University, but later transferred to Howard University. She went on to receive both her Ph.D. and her J.D. from the University of Michigan.

She was born in Nashville, Tennessee to Frances and George Berry. She and her brother spent a period of their childhood in an orphanage as a result of their family's poverty. She was married in 1966.

She once stated that "If Rosa Parks had taken a poll before she sat down in the bus in Montgomery, she'd still be standing."

Mary Frances Berry Is A Member Of